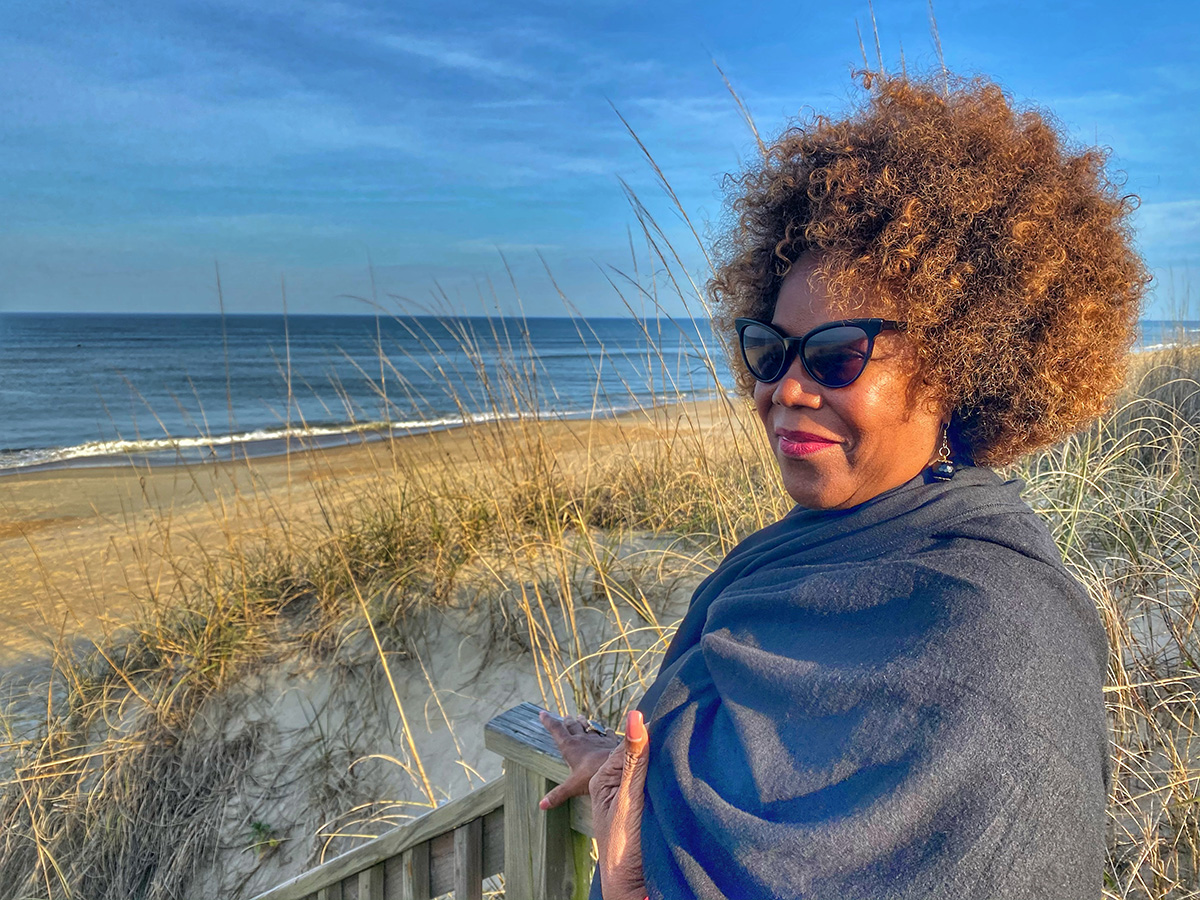 A Conversation With Ruby Bridges

Last week, we had the opportunity to have a conversation with Ruby Bridges during her first-ever trip to the Outer Banks. The iconic American civil rights activist shared her story with Clark Twiddy as she cooked gumbo at her OBX vacation home.

At six years old, Ruby Bridges was the first African-American child to desegregate all-white William Frantz Elementary School in New Orleans in November of 1960. Ruby retold her story in incredible detail, from the federal marshals showing up to escort her to her new school, to not fully understanding the significance of what was happening since she was so young. Ruby spoke fondly about how Mrs. Henry, her teacher, made school a fun and safe place that she looked forward to going to every day.

“She made school fun. I loved school and I knew that if I just got past the crowd and inside my classroom, I was going to have a great day. And it was because of her. She showed me her heart. “

Today, Ruby is a civil rights activist, and she actively speaks with children around the country about the racism she experienced and the racism that exists today.

Ruby’s first walk into school is commemorated in many beautiful works of art, including the one shown here by local Outer Banks artist Dawn Moraga. Norman Rockwell’s 1964 painting The Problem We All Live With is on the cover of Ruby’s new book and is widely recognized as an iconic depiction of the Civil Rights Movement.

This is Your Time by Ruby Bridges 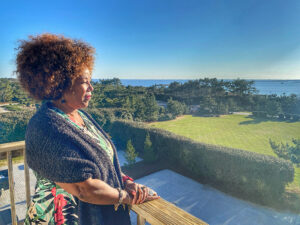 During the COVID-19 pandemic, Ruby released her new book, This is Your Time. The book started as a letter to all of the young peacemakers in light of the George Floyd tragedy.

Since she could not go out and visit schools and talk to children, Ruby wrote the letter hoping to publish it on a high-profile platform. She was told by her publisher that the letter could become a book, and it is currently on several bestseller lists. The book details to today’s youth that the protests they are seeing are similar to those that Ruby witnessed when she was a child during the civil rights movement.

“We had to go through that during the civil rights movement to get us to where we are today.”

Ruby’s Visit to the Outer Banks 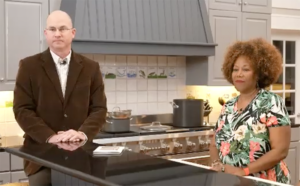 Ruby cooked gumbo during her conversation with Clark. Being from New Orleans, Louisiana, gumbo is Ruby’s specialty. She stated that gumbo came about when poor people would take everything in the fridge, put it in a soup pot, and enjoy it as an event. Ruby prepared her gumbo using fresh Outer Banks seafood, straight from the docks in Wanchese, NC.

Ruby enjoyed her time at her Duck vacation home, and she had spectacular weather for her first visit to the Outer Banks. She was gracious enough to answer some questions from zoom viewers. For the record, her current favorite show is Bridgerton on Netflix, and her favorite animal is a goat. We are so grateful that Ruby took time out of her OBX vacation to meet with us and share her story. Ruby and Clark’s chat was shared virtually with Twiddy homeowners and other members of the OBX community via Zoom.

Ruby’s book is now available for purchase from booksellers everywhere, including local OBX favorite Duck’s Cottage. For those with an Apple iWatch, Time to Walk with Ruby Bridges is available on Apple Fitness+. The 1998 Disney movie Ruby Bridges is currently streaming on Disney+.