Upon crossing the Wright Memorial Bridge, you'll enter the Outer Banks at milepost 1 in Kitty Hawk, NC. The infamous Outer Banks mileposts, or mile markers, start in Kitty Hawk and extend south all the way to Hatteras Village. There are many things to do in Kitty Hawk, which is nestled between the ocean and the sound. Hike through Kitty Hawk Coastal Preserve, grab a bite to eat at a well-known local restaurant, catch a fish at Kitty Hawk Pier, or soak up some sunshine on the 5 miles of idyllic beach. With a laid-back vibe and convenient location, Kitty Hawk is the perfect town for a family vacation of any size. 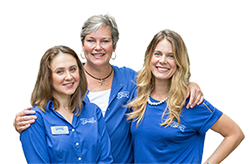 Although the town of Kitty Hawk wasn’t incorporated until 1981, its history runs as deep as the adjacent Atlantic. The name Chikenhauk was discovered on a map from the 1730’s, and is believed to be the the town’s moniker, coined by the Native Americans who inhabited the area hundreds of years ago. Many years later, in 1874, the original Kitty Hawk Life Saving Station was built to aid in the rescue efforts of shipwrecked mariners in what would become notoriously known as the Graveyard of the Atlantic. It was from this very same life saving station that the Wright Brothers would send a telegraph to the world, announcing the success of their monumental flight in 1903. A portion of the original building still stands today, housing one of the area’s most acclaimed and beloved restaurants, The Black Pelican.

Located between Southern Shores and Kill Devil Hills, Kitty Hawk supplies visitors with a dozen public beach accesses and a couple of sound accesses for fun under the sun on either side of the island. Situated less than an hour’s drive from Corolla and the northern beaches of the Outer Banks, while also only an hour away from Hatteras Island in the south, Kitty Hawk is positioned in the northern portion of the area yet is centrally located to many of the best Outer Banks attractions and features. Scattered with small local businesses, restaurants, and many recognizable food and restaurant franchises, Kitty Hawk provides ultimate convenience immersed in a town dedicated to preserving its treasured natural landscape.

The quiet soundside communities of Kitty Hawk are home to many year-round residents and thus provide vacationers and locals alike with an escape from the hustle and bustle of the busy beach into a world you would never imagine existed  just around the corner. Rich sunsets dip into the sound waters every night as the town quiets down and settles back into it’s hidden slumber, only to come alive again the next day in full force.

Take off for a boating adventure on the water, check out some of the many local shops and restaurants, or come off the beach on a hot summer day and go for a walk through the remarkable Kitty Hawk Woods for an otherworldly experience. A Kitty Hawk vacation is not your run-of-the-mill beach getaway...and the town works hard to keep it that way!

Eat like a local at some of the favorite restaurants in Kitty Hawk.

Kitty Hawk has tons of activities for all ages.

There is no shortage of places to shop in Kitty Hawk.