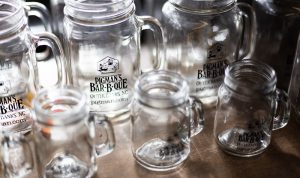 Pigman’s Bar-B-Que restaurant, located at milepost 9.5 in Kill Devil Hills, is a long-standing BBQ expert on the Outer Banks. Pigman’s offers amazing pork BBQ, which is a staple in Eastern North Carolina, but they have much more to offer, including a fun back story and a big personality. Pigman’s is open seven days per week for lunch and dinner during the spring, summer, and fall months. 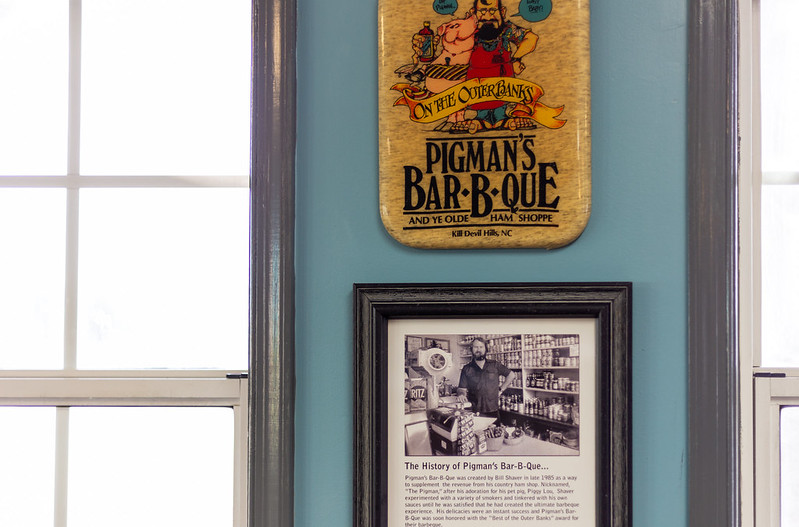 Pigman’s Bar-B-Que was originally owned by Bill Shaver, who started the restaurant as a means of expanding his country ham shop, which was a seasonal venture. The ham shop, combined with his love for his pet pig, earned him the nickname “The Pigman.” After testing recipes on ham shop customers, Bill’s BBQ had a following and Pigman’s Bar-B-Que was born in 1991. Bill kept a variety of pets just outside of the doors to the restaurant, including his potbelly pigs. The restaurant is housed in its original building, modeled after a country farmhouse, on the bypass in the heart of Kill Devil Hills, however, the pet pigs are no longer there.

The current owners, Top Palmer and Richard Bruce, worked at the restaurant prior to becoming the owners in 2007. They keep in touch with Bill Shaver, and, to this day, customers still come to the restaurant asking about the animals that used to be outside. Top and Richard feel that they have helped to usher Pigman’s into a new era.

BBQ and Much More

The menu at Pigman’s Bar-B-Que is more than just BBQ, but if you’re looking for BBQ, you can choose from Pork BBQ, Beef BBQ, Turkey-Que, or Tuna-Que. That’s right, Tuna-Que. Fresh yellowfin tuna is smoked and flaked-up in their signature Grillin’ Sauce, with a touch of soy sauce. In addition to BBQ, Pigman’s offers ribs, smoked chicken, fried shrimp, chicken wings, homemade pork rinds, all of the country side dishes, and much more. Pigman’s also has “Picnics To Go”, which is a family-style meal that you can pick up and enjoy at your vacation home.

Top and Richard recommend the Brunswick stew, which is mostly sold in the fall and spring months. They also recommend the BBQ beach fries, which come with your choice of pork or beef BBQ. 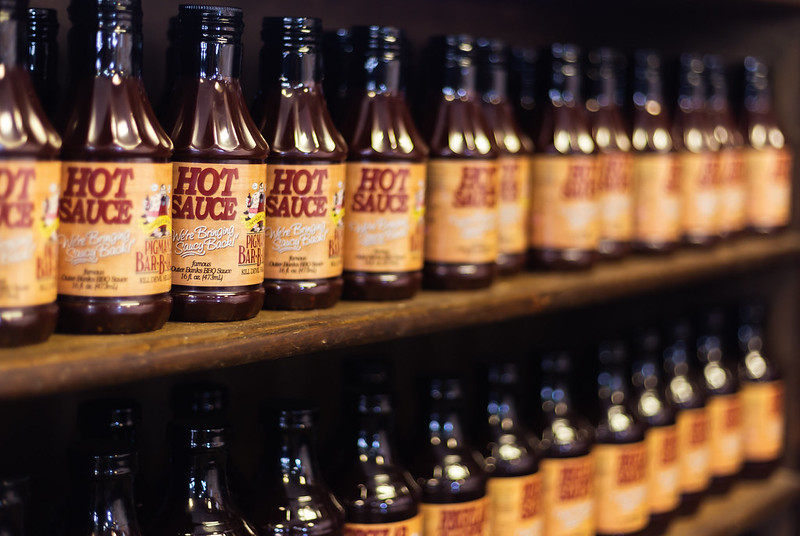 “The secret is in the sauce.”

Pigman’s has a variety of sauces that have become famous over the years. Each sauce serves a specific purpose and was carefully crafted with the type of meat that it will top in mind. Pigman’s has seven different sauces, including sauces for pork BBQ, ribs, chicken, and Tuna-Que (more on that later!). The Regular Sauce is their version of a vinegar based sauce, which is traditional in Eastern North Carolina. The Grillin’ Sauce is made by adding garlic and butter to the Regular Sauce. This tasty sauce is Pigman’s original wing sauce, and it’s also the standard sauce for the Tuna-Que.

Pigman’s Famous BBQ Sauces are available for purchase online if you need to get saucy before your next trip to the Outer Banks.

”We have people that put a lot of love into the food. They also love serving people and that combination makes people feel good.”

Customer service is a big part of the owners’ focus at Pigman’s. The combination of their quality product and service level is what they feel keeps customers coming back. Serving people extends beyond the restaurant. Pigman’s supports many local charities, and their favorite on the Outer Banks is the Beach Food Pantry.

Pigman’s follows all precautions in place while still allowing folks to have as normal an experience as possible. They have expanded their outdoor area in light of the pandemic.

Enjoy The Great Outdoors After Your Meal at Pigman’s

Top and Richard recommend enjoying all of the outdoor activities that the Outer Banks has to offer, including Jockey’s Ridge, The Nature Conservancy at Nags Head Woods, Wright Brothers Memorial, and the Elizabethan Gardens.

"Pigman’s Bar-B-Que: A Kill Devil Hills Restaurant with a Big Personality" with your friends and family: