The 50th Anniversary of Apollo 11: Astronaut Al Worden in Corolla

Join Us For This Once-In-A-Lifetime Opportunity

Astronauts have reported that space has a distinct smell that is unlike anything else. Many descriptions of the smell have been curiously similar to one another: space has a sulfurous odor, similar to gunpowder.

For those around on July 21, 1969, you will always remember where you were when you learned that Neil Armstrong was the first man to walk on the moon. Apollo 11 was the first space flight to successfully land people on the moon. The 50th Anniversary of the mission that changed the world is bringing several celebrations to the Outer Banks, the same shores that witnessed the Wright Brothers’ first flight on December 17, 1903. 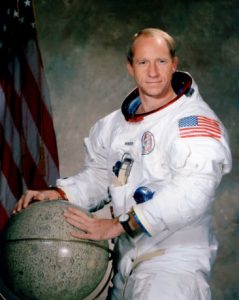 ”Apollo 11: Behind the Scenes”

North Lawn of the Whalehead Club

The public is invited to “Apollo 11: Behind the Scenes” featuring Apollo 15 Command Module Pilot, Col. Al Worden (USAF, Ret.). The event will be held on the North Lawn of the Whalehead Club in Corolla on Thursday, July 18th from 8:00 pm to 9:00 pm. Bring your lawn chairs, your family, and questions for the Guest of Honor. Twiddy & Company, Currituck County Travel & Tourism, and Kallman Worldwide are proud to present this once-in-a-lifetime opportunity. 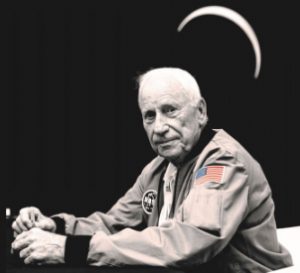 As support crew for Apollo 9, backup crew for Apollo 12, and Command Module Pilot on Apollo 15, Al Worden will provide a behind-the-scenes look at the Apollo program, especially focused on Apollo 11, the Mission that changed the world.

“That’s one small step for a man, one giant leap for mankind.”

-Neil Armstrong, First man to walk on the Moon 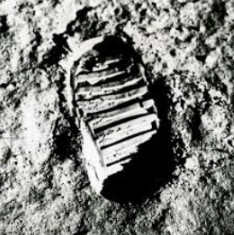 "The 50th Anniversary of Apollo 11: Astronaut Al Worden in Corolla" with your friends and family: